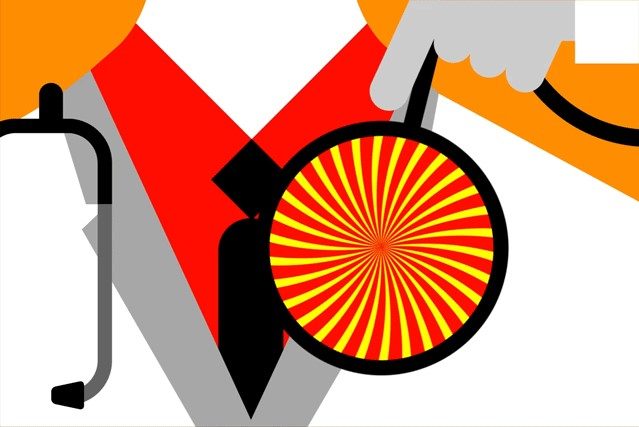 Sarah Blau settles into a wicker chair, stretching her feet onto an ottoman.

In a soothing voice, Laurie Keefer, says, “I’m going to count from one to three, and as I count, your eyelids will get heavy and they’ll close whenever it feels right.”

Dr. Keefer, a health psychologist at Mount Sinai Health System, has Ms. Blau progressively relax each part of her body and guides her to “a place of rest and comfort and healing.”

“Enjoy the beauty of this natural, healing place,” she tells her, “and as you do, something very powerful and healthy and positive is taking place deep inside your body. Your body knows what it needs to maintain healing your gut. It knows how to keep pleasant sensations in and avoid pain and discomfort.”

Studies have shown hypnotherapy is effective reducing symptoms associated with these gastrointestinal disorders. Insurance companies usually cover the treatments. The body of evidence is strongest for IBS, but a 2013 study found hypnotherapy was effective at prolonging remission in colitis patients. And a 2016 pilot study found patients with functional heartburn reported fewer symptoms.

Dr. Keefer works at the Susan and Leonard Feinstein Inflammatory Bowel Disease Clinical Center at Mount Sinai. There she does hypnotherapy for patients with Crohn’s disease and ulcerative colitis, diseases caused by inflammation of the intestines.

The treatment usually consists of about seven sessions over three months, with home practice in between. Studies have found the effects can last more than a year and work in more than half of patients.

In addition to Mount Sinai, hypnosis for patients with digestive conditions is available at University of Michigan, Beth Israel Deaconess Medical Center in Boston, University of Washington in Seattle, Baylor College of Medicine in Houston and Loyola University Medical Center and Northwestern Memorial Hospital in the Chicago area. Mayo Clinic in Rochester, Minn., also is exploring adding hypnotherapy for IBS patients.

“Some patients get a little uneasy about the word ‘hypnosis,’ ” says Andrea Bradford, an assistant professor of medicine at Baylor, which started offering the treatment in 2016. “It conjures up images of some guy in Vegas making you bark like a dog. It takes some education to explain to them what it constitutes and what it does not.”
She says about one-third of patients are open to it.

Experts theorize that hypnotherapy works because many gastrointestinal disorders are affected by a faulty connection between the brain and the gut, or digestive tract. The gut and brain are in constant communication. When something disrupts that communication, the brain misinterprets normal signals, which can cause the body to become hypersensitive to stimuli detected by nerves in the gut, causing pain. Experts believe hypnosis shifts the brain’s attention away from those stimuli by providing healthy suggestions about what’s going on in the gut.
“It doesn’t get rid of the stimulus. Your GI tract is still moving. It’s just changing the threshold of perception so you’re not paying attention or feeling it with the same intensity,” says John Pandolfino, chief of gastroenterology and hepatology at Northwestern, which started offering hypnotherapy in 2006 and has plans to expand to two regional hospitals.

Northwestern has trained health psychologists in GI disorders who have moved on to start programs at other academic centers.

Sarah Quinton, a gastrointestinal psychologist at Northwestern, is part of a team that conducts hypnotherapy treatments. They plan to expand treatments two local hospital due to patient demand and success rates. Photo: Northwestern Medicine

Sarah Quinton, a gastrointestinal psychologist at Northwestern, conducts the treatments there, along with two other psychologists and students in training.
Because there aren’t many treatments for IBS, hypnotherapy has become “the front-line therapy,” Dr. Pandolfino says.

Dr. Pandolfino says he will take patients with reflux problems whose symptoms aren’t improving off their medication. After that, if their acid levels are normal but they still experience symptoms, like chest pain, he recommends hypnotherapy. This happens with “a large number of patients,” Dr. Pandolofino says.

David Dewey, a 58-year-old real-estate developer in the Chicago suburbs, says hypnotherapy helped rid him of abdominal pain that sometimes kept him up at night. His doctor at Northwestern told him that his diagnosis of IBS was incorrect and that the real problem was related to his brain.
His doctor said, he recalls, “It sounds crazy, but we’ve been having great success with hypnotherapy.”
He figured he had nothing to lose, since nothing else had helped for two years. The pain disappeared in under 10 sessions. “Sometimes it creeps back a little, and I just do one or two [home] sessions and it goes away,” Mr. Dewey says.

Olafur Palsson, a professor of medicine and clinical psychologist at the University of North Carolina at Chapel Hill, developed the first script, or protocol, for hypnosis treatment for IBS in 1995. The script has been adapted for use in other GI disorders.

He has trained hundreds of therapists in the protocol, which he says 600 therapists across the country use today.
Most professionals who conduct hypnotherapy treatments are psychologists. Shoba Krishnamurthy, a gastroenterologist at the University of Washington, got training and decided to incorporate it into her practice about three years ago.

“It’s mostly for patients who have had a work-up but we haven’t found anything abnormal in tests, so there is not a specific abnormality to treat,” she says.

Ms. Blau, a 32-year-old who has been undergoing hypnotherapy at Mount Sinai, began the treatments in the fall, when her colitis was under control, as a preventive measure. It has remained that way. “I’ve been feeling really good,” she says.