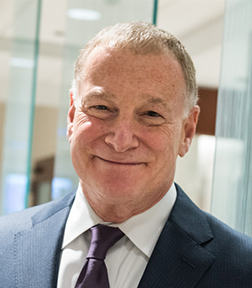 Dr. Hanauer is past President of the American College of Gastroenterology.  He completed a medical degree, with honors, at the University of Illinois in Chicago. His postdoctoral training included an internship and residency in internal medicine, as well as a fellowship in gastroenterology, at the University of Chicago.  He rose through academic ranks to become Professor of Medicine and subsequently was awarded the Joseph B. Kirsner Chair in Medicine and was designated Chief of the Section of Gastroenterology, Hepatology and Nutrition where he served from 2000-2014.  He was recruited as the Medical Director of the Digestive Health Center at Northwestern Medicine and is Clifford Joseph Barborka Professor of Medicine in the Northwestern Feinberg School of Medicine.

Dr. Hanauer has authored hundreds of peer-reviewed journal articles, books and book chapters, abstracts, monographs, and editorials.  Dr. Hanauer is ex-Editor-in-Chief of Nature Clinical Practice Gastroenterology & Hepatology and currently serves as Associate Editor (IBD) of Clinical Gastroenterology and Hepatology. He is also a member of the editorial boards of numerous journals, including the American Journal of Gastroenterology, and Inflammatory Bowel Diseases.

16 Northwestern Medicine doctors were designated as Top Doctor for 2021 by Chicago Magazine, more than any other system for GI care. 14 of which are located at Northwestern Memorial Hospital. 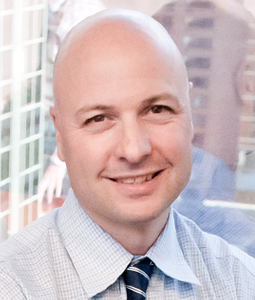 Chief of the Division of Gastroenterology and Hepatology
Northwestern University

Dr. Pandolfino is the Hans Popper Professor of Medicine and Chief of Gastroenterology and Hepatology at the Feinberg School of Medicine at Northwestern University.  His career has focused primarily on studying the biomechanics of bolus transport and gastrointestinal motility as it pertains to gastroesophageal reflux and swallowing disorders.  He has an active physiology lab and currently is funded by the National Institutes of Health to study GERD and Dysphagia pathogenesis, and also receives funding from industry focused on the development of new technologies to investigate and treat gastrointestinal disorders.

Dr. Pandolfino also maintains a strong clinical practice focused on complicated esophageal diseases.  He developed the Esophageal Center at Northwestern Medicine, which serves as the nation’s top referral center for complicated esophageal diseases, such as achalasia, eosinophilic esophagitis and refractory GERD.  He has authored numerous guidelines and position statements on the management of these disorders and has published more than 200 scientific papers focused on gastrointestinal motility and esophageal diseases.  He is active in multiple professional organizations and has a strong commitment to the editorial process, serving as Editor in Chief of Diseases of the Esophagus and as a member of the editorial board of multiple high-level Gastroenterology and Hepatology journals.

16 Northwestern Medicine doctors were designated as Top Doctor for 2021 by Chicago Magazine, more than any other system for ...

Thank you, and welcome!

We will not give or sell your contact information to anyone and will only send communications to your inbox when we have exciting news or events to share.
This form needs Javascript to display, which your browser doesn't support. Sign up here instead